Although swimming is a discipline in which nations such as Australia, the USA and the great European countries have succeeded internationally in turn, one small country is doing very well in the pools: Hungary.

In order to understand why Hungary is home to such renowned swimmers, immersing in the Magyar culture and in particular the importance of its thermal, curative and sporting culture is necessary. Indeed, your visit to the capital, Budapest, will inevitably take you to Margaret Island and thus to the Alfréd Hajós pool. The pool is a real institution and its name alone symbolises the importance of swimming in this country of ten million inhabitants. More than just the architect of the sports complex, Alfréd Hajós is the first Olympic champion in the history of swimming. In 1896, he brought two gold medals from Athens. When asked by the King of Greece where his success came from, he is said to have replied:

"From the water". Indeed, it was after his father drowned that he devoted himself to swimming.

In addition, Hungary has Balaton, the largest lake in Central Europe. "Water is everywhere, there are many baths and so-called beaches (strandfürdő), which are open-air water areas. Some elderly people go to the baths every day and children can start swimming from kindergarten," describes Zoltán Jeney, a project officer at the Hungarian Institute in Paris. "The four types of swimming are often taught from school onwards," he adds, emphasising the work of national coaches with children since the 1970s. A tradition, therefore, but also a desire on the part of the government to make swimming an important social vector.

After Alfréd Hajós, Krisztina Egerszegi is another national symbol, as she remains the most decorated swimmer with five Olympic gold medals in individual events. She won her first at the age of 14, weighing only 45 kilos.

Hungary has a surprisingly large number of 50m pools, since the ThermalHungary team counted at least 50, not including some addresses where two 50m pools can be found in close proximity to each other, bringing the total number to just over 55 in the country. For comparison, this means that there are almost twice as many 50m pools per capita as in France, which currently has about 200. 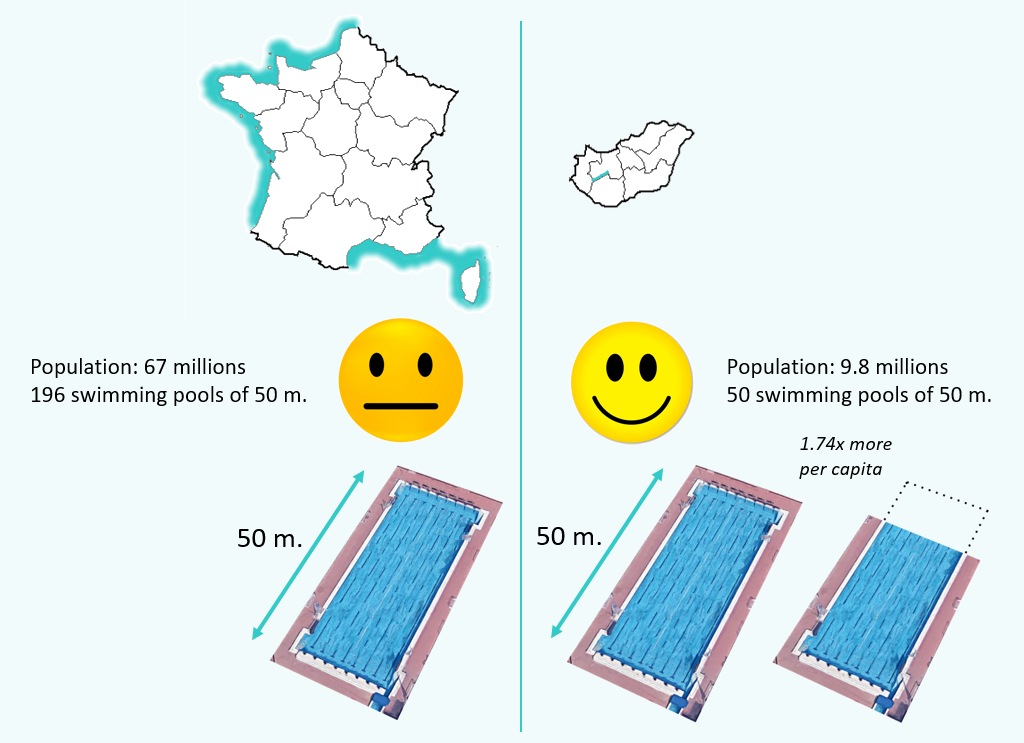 Hungary is also able to host international Olympic events on its soil, as the country has at least 5 pools that meet FINA standards, unlike France, which to date has no Olympic pools and can only organise national competitions. 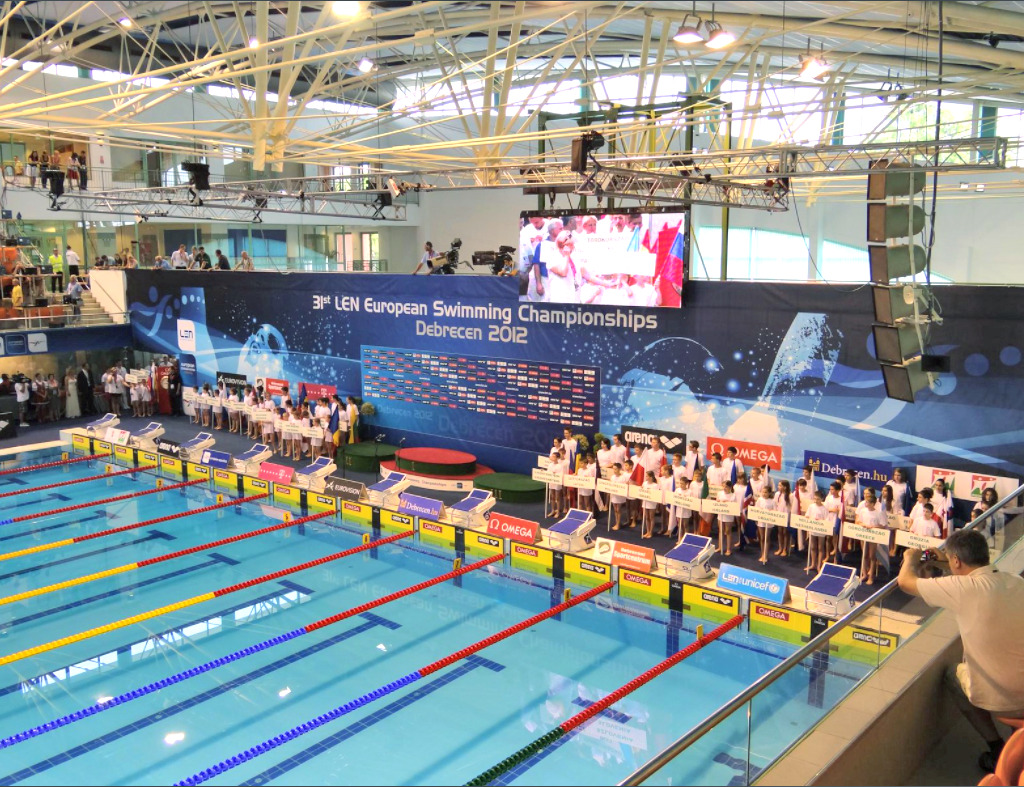 Click on the map to discover every thermal bath in Hungary!

Pick a Hungarian county and discover all of its thermal baths! The 6 categories we chose to help you fine-tune your searches All our articles about thermal baths in Hungary